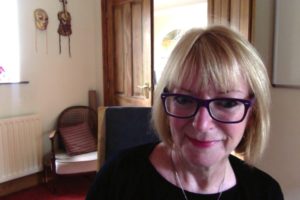 The BBC is discussing ‘first jobs’ this morning. Mine was in a cotton mill at the age of fourteen, where, together with my friend from the local Girls’ grammar school, we plunged into a world of widespread illiteracy, unbelievably long hours for those old enough to work them, and unremitting noise. To say it was an eye-opener would be massively understating the case. There are a lot of things I could say, but maybe I’ll put them in a book one day.

I was put in charge of a ‘line’ of workers, simply because I could read and write and add up, and the only other person who could do this had been moved to another position while I was employed during the school holidays.

I learned a great deal during this time – not least to worship the arrival of the tea trolley with its mugs of strong brew and custard buns with lemon-or at least, bright yellow icing on top!

And, most importantly, i learned the freedom that earning money brought me. My mother, who worked harder than anyone should have to, to support me and her elderly mother, had very little in the way of luxury items, so I saved up my money to buy her the dressing gown I believe she deserved. In day-glo pink with appliquéd flowers, it had caught my eye on the High Street right away, and it was a nerve-wracking wait through the summer holidays to see if it would still be in the shop when I had sufficient money to buy it. My mother, who was always stylish in her clothes, received this paean to all that is garish as if it had been designed by Chanel, and indeed wore its nylon magnificence until it dropped in shreds from her back.

Yes. I learned a lot of lessons during my first job, none of which I would swop for all the money and ease in the world.

Note to self: Show those you love how much you adore them each and every day of your life. Sometimes it’s the little things that mean the most – little things and Day-Glo dressing gowns, of course 🙂

My love to you all